If You See This Street Food On A Greek Restaurant Menu, Order It

Unfortunately, when it comes to menu creation there is a science behind the madness. Click here for more information on putting finishing touches to your menu. 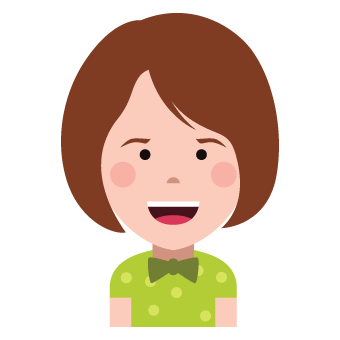 As a restaurant owner, it isn't always easy to go through your menu and pare things down. You might discover that there are things available that shouldn't be there, or that some of your most favorite dishes don't resonate well with the public. Unfortunately, when it comes to menu creation, there is a science behind the madness. I learned this the hard way after my menu fell flat with customers for several years. My blog talks all about my journey as a restauranteur, so that you can learn from my personal mistakes and successes. After all, you wouldn't want to deal with unhappy customers, would you?

If You See This Street Food On A Greek Restaurant Menu, Order It

Street food is quite popular in Greece. Various vendors sell quick snacks and meals to passersby, who eat those foods on their way to or from work or other appointments. In the United States, there are numerous Greek restaurants, and some of them seek to replicate classic Greek street foot dishes. If you see these street food options on a menu, definitely order them; you're in for a treat.

Tyrpkopita is essentially a cheese pie. The outside is made from a flaky pastry, and the inside is stuffed with a seasoned cream cheese and ricotta cheese mixture. The pies are baked in a large, round pie pan and then cut into wedges, which are easy to eat out of hand. (In a restaurant, you can eat it with a knife and fork if you prefer.) There is also a similar pie, known as spanakopita, that is made with cheese and spinach. It has a similar flavor but is probably a little healthier!

Koulouri is not a meal in and of itself, but rather a snack. The Greeks enjoy it like Americans enjoy pretzels in the mall, and indeed, it is similar to a pretzel. It is a round bread coated in sesame seeds with a delicious balance of sweet and savory flavors. The outside is a little bit crispy, but the inside is a bit tender. You can order one as an appetizer or a side to your meal, or even enjoy it as a healthy dessert, perhaps with a cup of coffee.

Meat lovers, this one is for you. The dish is traditionally made with lamb or goat offal, although restaurants in the United States may instead use other cuts of meat. The meat is skewered and cooked over a charcoal grill with spices and then served on a flatbread with tomatoes and sometimes other vegetables.

Gyros are intended to be enjoyed as a meal. Greeks often pick one up for lunch or dinner, eating it out of hand. Basically, a gyro is a stuffed pita. The filling is a seasoned, sliced meat — usually lamb, but sometimes chicken or beef. Tzatziki sauce, tomatoes, onions, lettuce, and cucumbers are added to the gyro for a balanced meal.

If you see any of these street food dishes on a Greek restaurant menu, order away! Street food is some of the most delicious food in Greece and is a vibrant part of the culture.